A large work by the late Tate Adams features in the new RMIT Gallery exhibition Chaos & Order: 120 years of collecting at RMIT.

Tate Adams, who passed away at the age of 96 on April 8, was regarded as the godfather of Australian printmaking. He taught for 22 years at RMIT, from 1960-1981,where he established the first diploma of printmaking in Australia and encouraged a new generation of printmakers including George Baldessin, Hertha Kluge-Pott, Jock Clutterbuck, Graeme Peebles and Ros Atkins. During this time, he established Crossley Gallery, a dedicated print gallery that was arguably the leader in the promotion of prints in Australia.

Tate’s major retrospective at RMIT Gallery in 2011 showcased a legacy of a life devoted to art. The RMIT Art Collection features 14 of his works, ranging from his iconic wood engraving of RMIT’s Building 1, completed in 1981, to his later distinctive gouaches that he produced in the new millennium when he moved to Townsville and invigorated his practice. His large scale gouache Gesture, 2003, dramatically hangs against a bright pink wall in the Chaos & Order exhibition.

Tate was born in Ireland and studied at the London Central School with Gertrude Hermes before arriving in Melbourne in 1951. In the late 1950s he returned to Ireland for a brief period to publish his first book at the Dolmen Press. Publishing artists’ books was his passion and he published over 30 books of original prints through Lyre Bird Press, his private press that he moved to Townsville in the 1990s, where he also exhibited at the Townsville regional gallery.

Tate was named a Member (AM) of the Order of Australia for service to publishing and to the arts, particularly through contributions to the development of printmaking in Australia. A book on the artist, Tate Adams: In Black and White, is due for publication in 2018 by Thames and Hudson.

Chaos & Order celebrates over 80 Australian and international artists in an ambitious survey of the RMIT Art Collection.   Join us at the… 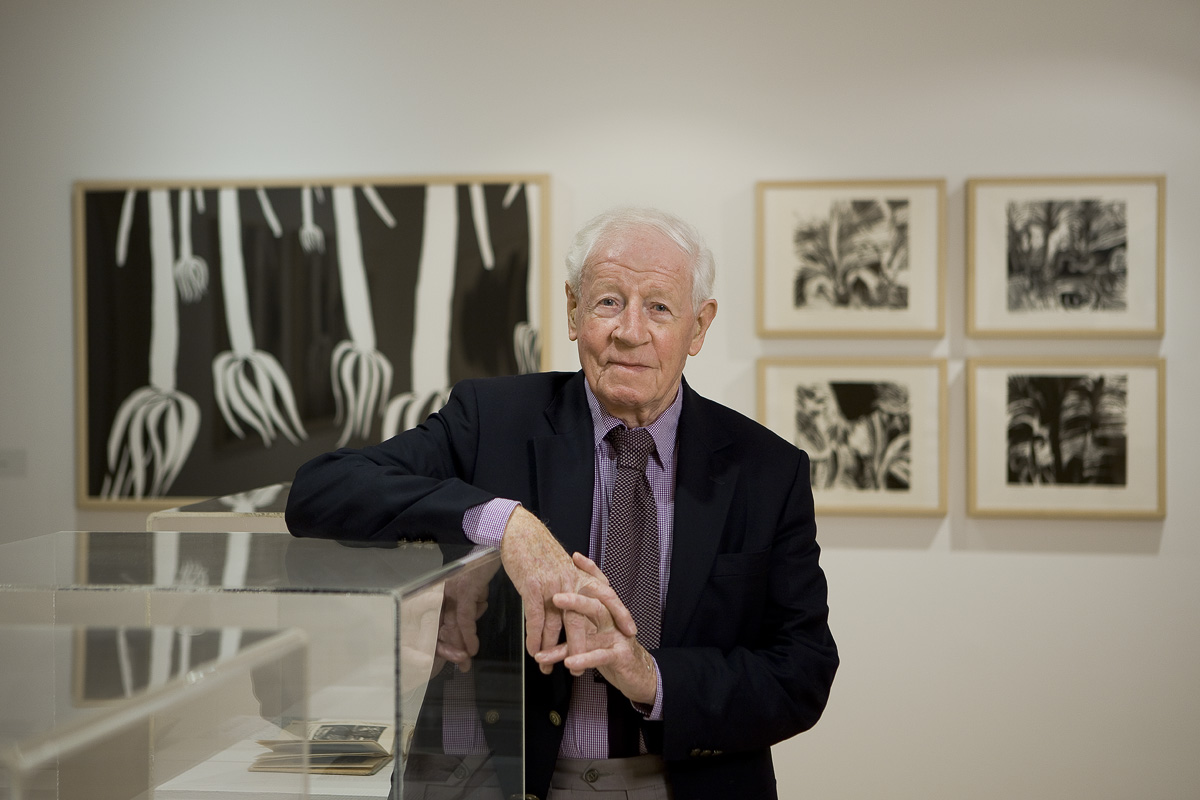 At the age of at 88, printmaker Tate Adams AM shows no sign of slowing down. In a biography on his work,…