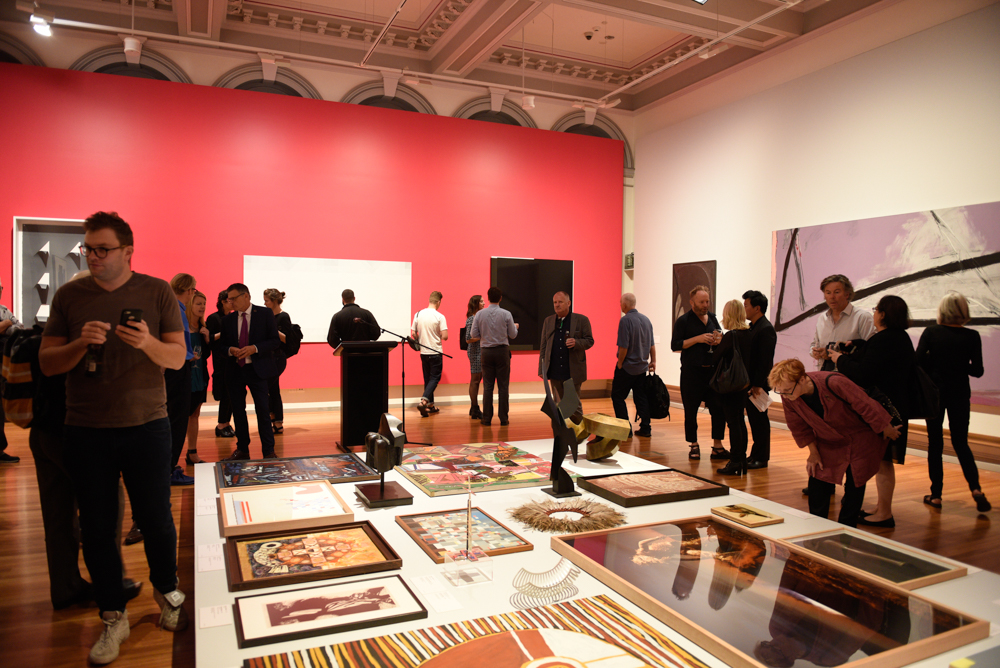 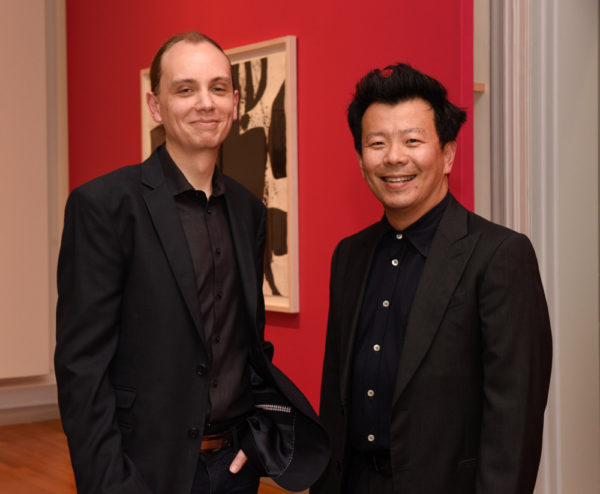 Chaos & Order: 120 years of collecting at RMIT was launched by Mr Terry Wu on 12 April.

A keen supporter of contemporary Australian art, surgeon Terry Wu has put a considerable amount of his own money into supporting artists, establishing the John Street Studios in Brunswick East in 2014 to provide functional, safe spaces for artists to create work with the security of a long-term lease. Terry is on the board of Heide Museum of Modern Art, the Australian Centre for the Moving Image and the National Association for the Visual Arts, and supports institutions and events including Sydney Biennale, Melbourne Festival and the new Australian Pavilion for Venice Biennale.

Here is his opening address: 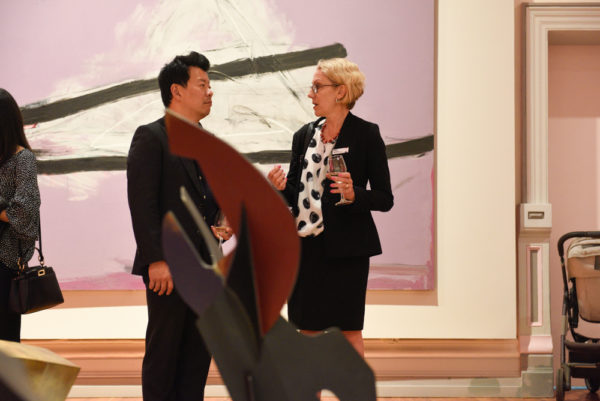 This land where we come together tonight is the traditional land of the Boon Wurrung and the Wurundjeri people of the Kulin Nation. We respect their wisdom, their continued sovereignty and their Elders; past, present and emerging.

I would also like to acknowledge the sad passing of Polixeni Papapetrou, one of the artists in this exhibition and an inspirational woman and mother. My deepest condolences to Robert, Olympia and Solomon. May Poli rest in peace.

Now, I have to confess that I knew precious little about the magnificent collection that is in front of us. That is not surprising as this show is the first true survey of the RMIT Art Collection and more than half of the works shown here have never been exhibited to the public before. Yet the collection started more than 120 years ago when the first piece was acquired in 1895. Since then, more than 2500 works have been collected, including more than 180 works put together under the keen eye of Betty Churcher, the then Dean of the School of Art and Design at the Philip Institute of Technology that merged with RMIT in 1992.

The Collection was started to serve both as a repository for education and research and as a source of inspiration for students and staff. But the greatest strength of this collection is its investment in these same people and the creation of a living archive of the University’s creative endeavours.  The collection evolves much like an organism that mirrors the rapidly changing demographics of both RMIT and Melbourne at large that has resulted in the tremendous transformation of the Southern CBD. The collection encompasses works by artists belonging to varying diaspora as well as by significant indigenous artists dealing with race, identity and social justice.

There are 114 artists in this exhibition, including 53 alumni and former staff members. The list of RMIT alumni includes many of the leaders of the Melbourne and Australian Art Worlds. This is the case, in no small part, because in the mid to late 90’s RMIT was spearheading the move towards postgraduate research degrees in fine art and studio based practice nationally. RMIT’s MA by research program was derived from the very successful MA program at Goldsmiths in London that delivered all the YBAs. It was the first of its kind in Australia. 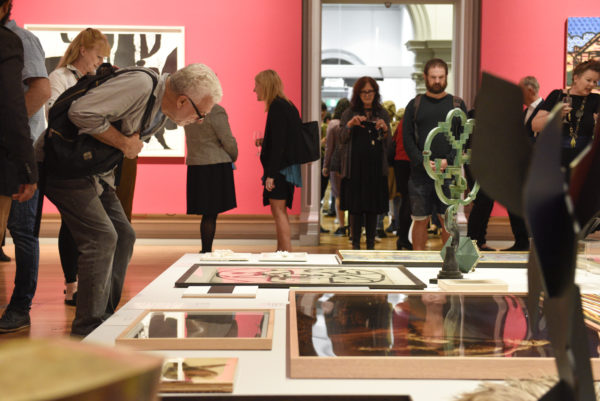 I wanted to have a first-hand account of the impact that RMIT had on its students and asked Juan Ford, he said:

“We had a system of roving tutors in the undergraduate degree, where we would come into constant contact with a real who’s who of the Australian art world. The many one-on-one discussions, group criticism sessions and social time with these artists sharpened my critical thinking, filled in personal artistic histories, and helped me to think and be like an artist. Not only that, I was encouraged by great tutors like Jan Nelson to confront the Australian art world head first. Their encouragement and fearless criticism were invaluable. Further to that, I developed a network of contacts who I would later call my peers.

“Being in contact with so many opinions lead to a universe of interpretations of the work you produce, many were contradictory. The way through was to cherry pick what worked, and to so this I had to develop the self-confidence to take risky positions. This was crucial to my artistic development, and an intended aspect of the graduate program.”

So, RMIT School of Art remains something of a disruptive force, bearing refreshing new approaches that circumvent ossification and insularity. The RMIT Art Collection embodies that philosophy. I encourage you all to speak to your peers and come to see the collection.