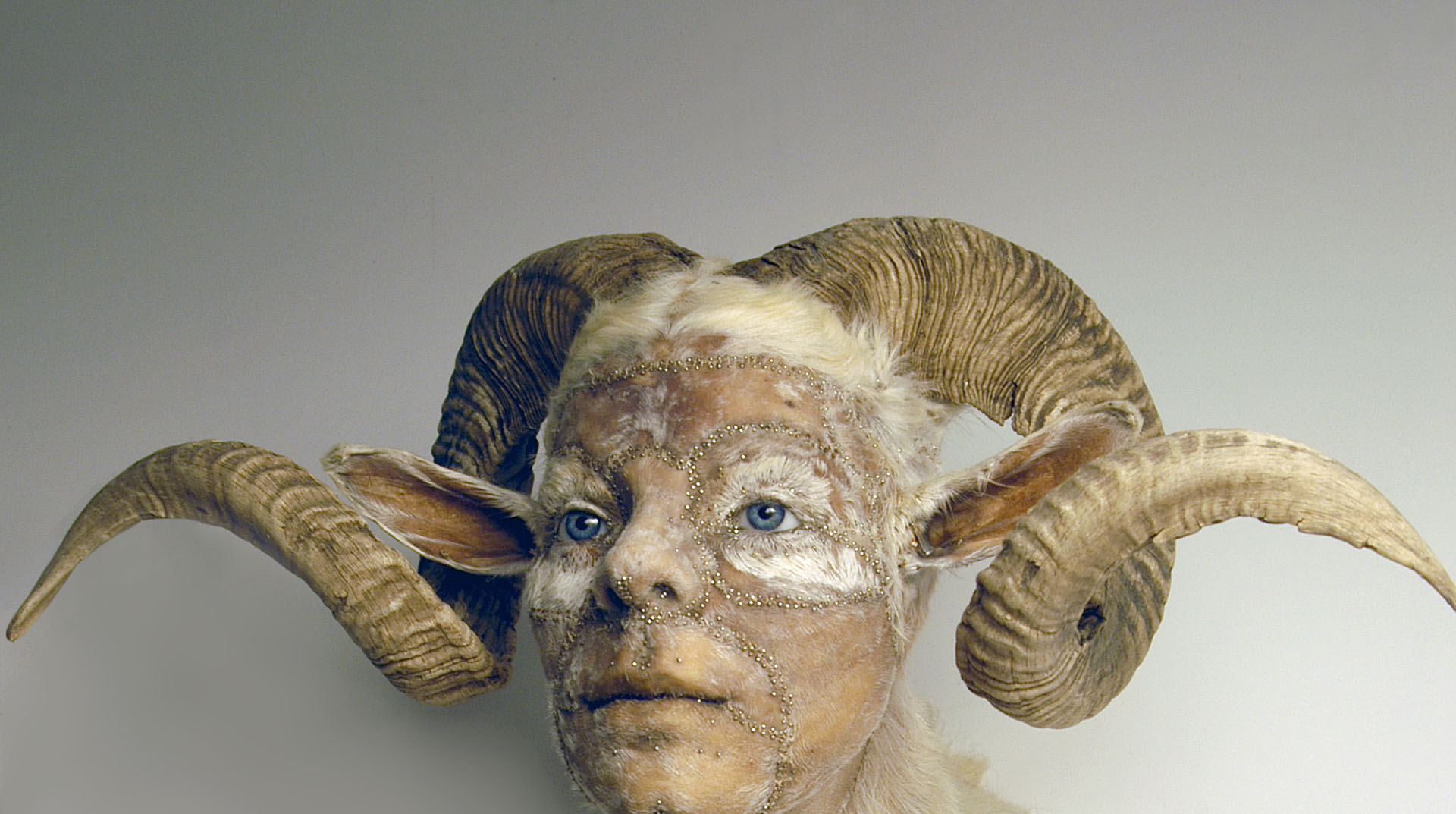 My Monster: The Human Animal Hybrid

My Monster: The Human Animal Hybrid explores our enduring fascination with the merging of the human and animal, and coincides with the 200th anniversary year of the publication of Mary Shelley’s Frankenstein.

Shelley’s seminal monster novel explores life and death and reanimating flesh. It is also the story of a hybrid outcast, for Frankenstein’s creature was made as a new species, from a combination of both human and animal parts.

Mythology and fiction have long entertained the fantasy of the animal and human fused into one being, and the metaphorical hybrid is embedded in mythology and folklore. The hybrids that appear in art can be whimsical, alluring, and confrontational. While hybrids shock and jolt with their appearance, they also offer an unsettling recognition of the disquieting unease we all feel about our place in the world.

Hybrids are the ultimate metaphor for the outsider. Their very existence is a political act, an affront. Like monsters of old, they are harbingers of a future we may not like, but are intent on creating through each twist and tweak of our species through biotechnology.

Our fear of hybrids stems from the historic view that such creatures are unnatural and monstrous and should not exist, and this revulsion extended to Frankenstein’s ‘hideous creature’ manufactured by science.

The desire to preserve distinct categories for animals and humans can be traced back to the Middle Ages. Humanity’s perceived uniqueness and dominance over the natural world was defined by its separation from the animal, and still lingers. Witness our current obsession with body hair removal.

The trouble with hybrids is that they disturb our moral compass, reminding us that we are animals, and animals are like us. This is the power of the hybrid creature. When we look into its human eyes, we see ourselves looking back from the animal body we deny we inhabit.

Some parts of the exhibition contain works that contain adult themes which some visitors may find confronting.
Adults may wish to view the space first before accompanying children or students.

GET YOUR FREE TICKET

Barbara Creed is a Redmond Barry Distinguished Professor at the University of Melbourne and an Honorary Professorial Fellow.

Creed is the author of five books on feminism, sexuality, film and media including the feminist classic, The Monstrous-Feminine: Film, Feminism, Psychoanalysis(Routledge).  Her recent research is on animal studies, the inhuman and social justice issues; and her latest publication Stray: Human–Animal Ethics in the Anthropocene (2017)  explores the relationship between human and animal in the context of the stray.

Creed’s articles have appeared in international collections and journals and have been translated into a range of foreign languages. She is presently on the editorial advisory boards of Cultural Studies Review, eTropic and the Animal Studies Journal and on the boards of the international book series, Anthem and Animal Publics. In 2006 Creed was elected to the Australian Academy of the Humanities and is currently the director of the Human Rights and Animal Ethics Research Network (HRAE) at the University of Melbourne.

* please note that these events may be subject to change, always rely on this site for updates, not social media or eventbrite.

Join curator Evelyn Tsitas as she talks about how the...

Join us at the opening night of My Monster: The...

‘In a Manner of Speaking’ – Participatory Voicing.

Come along and join us to sing! shout! call! mutter! whisper!...

Celebrated printmaker Rona Green is a fancier of Egyptian art,...

Join us for a conversation to celebrate the opening of the...

Join artists Beth Croce and Sam Leach for this talk...

The fantasy of merging animals and humans into one hybrid creature is explored in My Monster: The Human Animal Hybrid at...