Inside a jewellery masterclass: transforming trash to treasure

What makes a masterclass so potentially life changing for creative practitioners is the exposure to new skills, ideas, ways of thinking and an opening up of cultural aesthetics. That was certainly the case for RMIT lecturer Dr Nicholas Bastin, whose artwork reveals the legacy of a week-long RMIT workshop in the mid-1990s with acclaimed Japanese jeweller Kazuhiro Itoh.

Bastin is an artist who makes jewellery objects and works on paper, based on the fusion of popular culture mythology with historical artefact. He has a BA, Fine Art (Honours) MA, Fine Art and Phd from RMIT University.

Itoh (who died in 1997) was a lecturer at the Hiko Mizuno College of Jewellery in Tokyo when he conducted a masterclass at RMIT School of Art’s influential Gold and Silversmithing masterclasses.

A bold new exhibition of contemporary jewellery that charts four decades of these masterclasses will dazzle at RMIT Gallery from 6 September. A large necklace by Nicholas Bastin on display reveals the enduring legacy of that encounter.

The 200 extraordinary works on display in MasterMakers reveals the influence of three generations of boundary pushing by visiting master makers, which test our understanding of contemporary gold and silversmithing in new and unexpected ways.

Astute observers will note Bastin’s necklace features a large round egg – it is a plastic vending machine trophy, prized by pop culture aficionados because of its rarity (pink is an unusual color for the plastic eggs popular in Japanese vending machines).

“I always had an interest in Japan but didn’t get to go there until I got an Australia Council residency in Tokyo in 2004,” Bastin said.

“The workshop with Itoh opened my eyes to a new way of looking at combining precious and non-precious materials and utilising popular culture, which is something that I explored in my PhD.”

Bastin said it was Itoh’s use of found materials such as off cuts, discarded objects, and even what some regarded as rubbish that was of interest. Itoh – whose work is in major international collections such as the V & A Museum in London, played with the inherent qualities of the material that existed outside societal value.

In his recent exhibition Conjuring Poiesis, at Albert Street Gallery (5-14 September) with artist Katherine Bowman, Bastin continued the exploration of recycled materials and combinations of precious and non-precious approach in his artwork, which takes Greek mythology as a starting point.

“This interest in combining precious and non-precious materials intensified in the master class with Itoh. To prepare for the workshop we had to collect boxes of rubbish and I actually found it a real challenge because Itoh’s approach was so different from ways I had been used to working and thinking as an artist,” Bastin said.

“In fact, I felt I was a failure in the workshop but was happened was I came out of that masterclass with a profoundly new way of working with materials, and I realised that I enjoyed the experience because it was difficult, it challenged me and pushed me out of my comfort zone.”

A workshop master class is intense, with participants only having a few days to produce finished work from concept to final result, rather than the usual semester long production process in a university course.

Itoh’s master class reverberated with Bastin years later, in surprising ways. His necklace Pink Egg, on display in MasterMakers, combines the found plastic pink egg with the handmade resin beads, and the contrast of the cheap plastic egg with the precious 18 carat gold clasp. 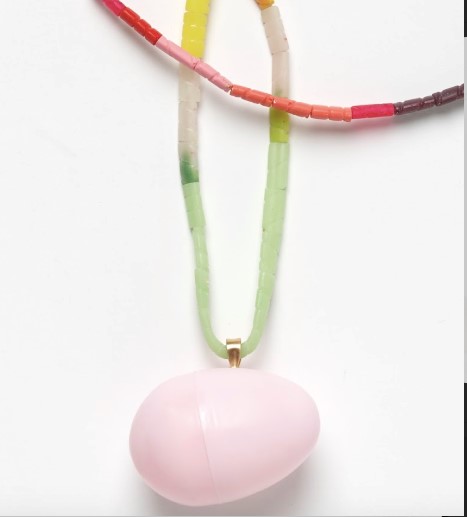 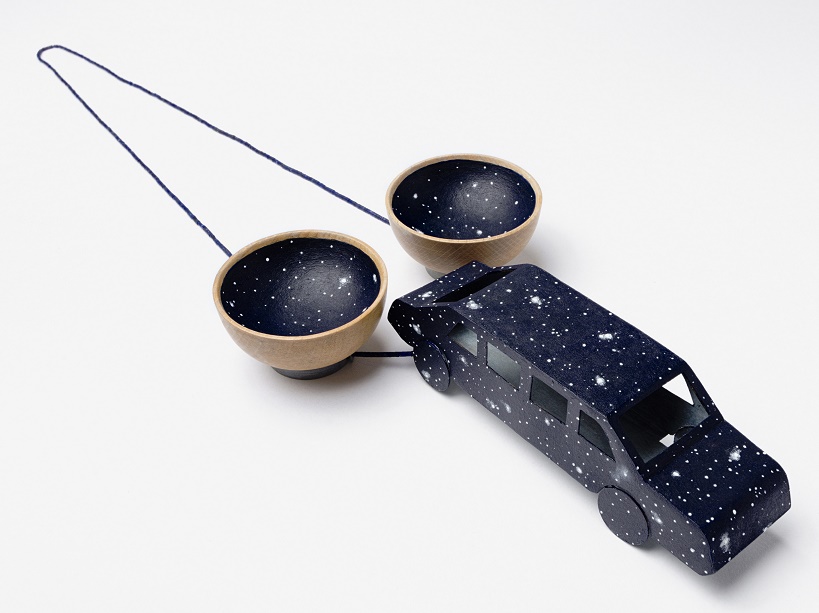 Since the 1980s, leading Australian and international Gold and Silversmithing artists have delivered and participated in masterclasses in the RMIT School of…