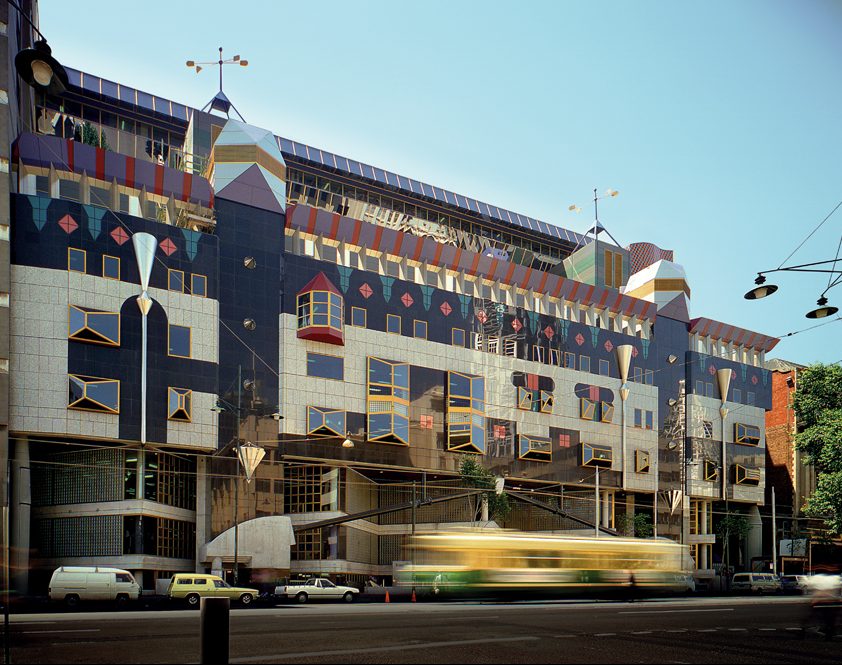 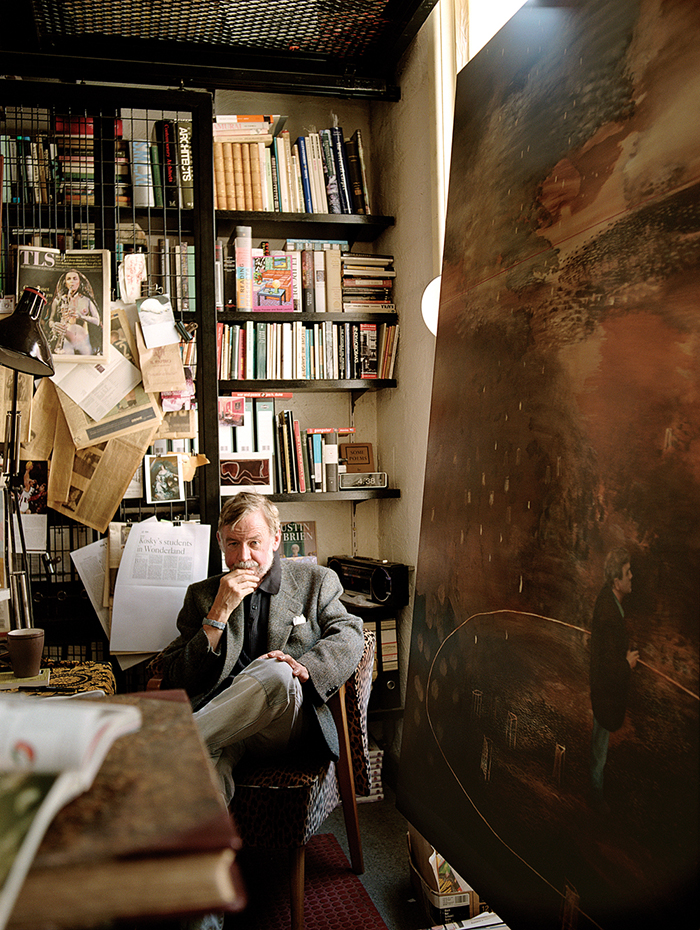 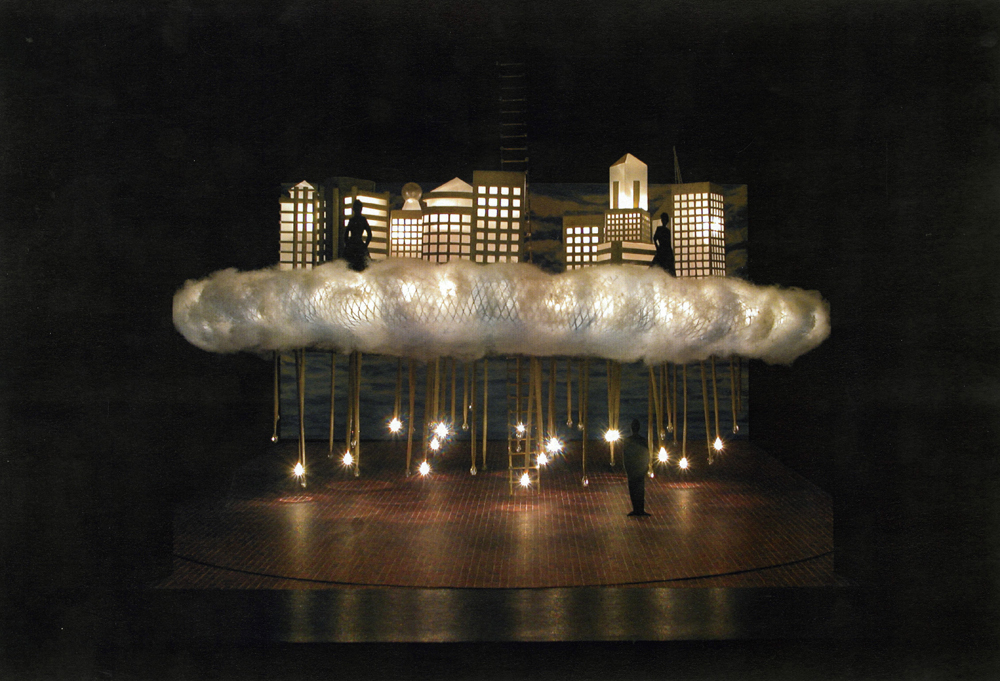 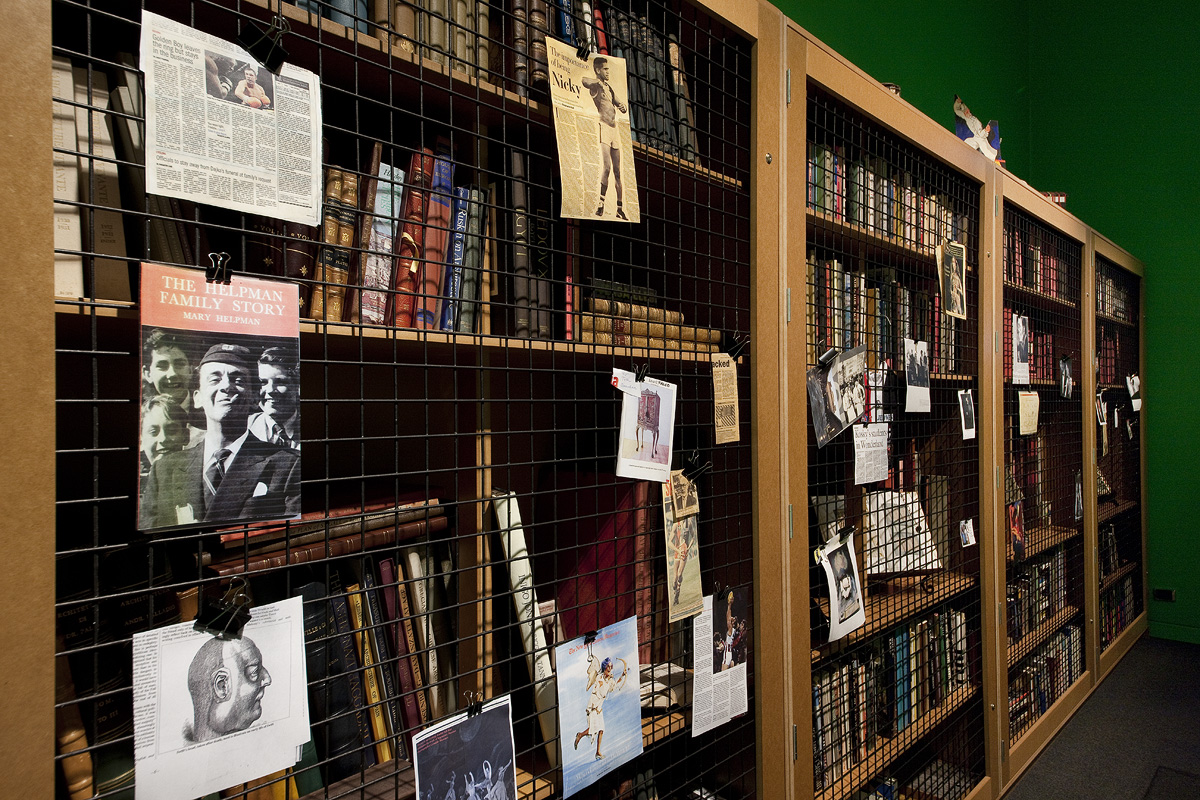 Peter Corrigan: Cities of Hope traces the creative focus of this remarkable Australian architect, bringing to life many of his designs over four decades.

Architect, set and costume designer Peter Corrigan is well known for designing RMIT’s Building 8 – a campus landmark and city icon. Regarded as one of the most outstanding postmodern buildings in Melbourne today, Building 8 combines the bold vision and whimsical style that is Corrigan’s trademark.

Dr Peter Corrigan is an RMIT Architecture Professor and RAIA Gold Medal winning architect. His architectural practice Edmond and Corrigan with Maggie Edmond is widely published and awarded with notable projects that include the Athan House and RMIT Building 8, which won the RAIA Walter Burley Griffin National Award for Urban Design, 1995.

The architect has also brought his vision to the set and costume designs for many prestigious productions of ballet, drama and opera including The Grand Macabre for Barrie Kosky at the Komische Oper House Berlin in 2005 and the upcoming opera Falstaff directed by Tama Matheson, to be staged at Oper Graz, Austria in January 2013.

Peter Corrigan: Cities of Hope traces the creative focus of this remarkable Australian architect, bringing to life many of his designs over four decades including architectural models and drawings by Edmond and Corrigan; set and costume designs for theatre; artworks, records and notations from his personal collection and key works selected from public collections which have enriched his practice.

The exhibition will also feature a selection from Corrigan’s vast personal library of over 3000 books; among them key architectural works such as J Leeke’s 1669 Vignola, early editions of Palladio, and major collections on Le Corbusier, Frank Lloyd Wright and Mies van der Rohe.

Exhibition curator Vanessa Gerrans said that “this portrait exhibition offers a flavour and an insight into Peter’s life and design method. It showcases the cultural dimension of architecture and design by revealing the diversity of sources upon which creative practitioners like Peter Corrigan draw. These works capture the colour, spirit and expression of Corrigan’s inquiries, complementing his commitment to architecture, cultural history and ideas.”

The exhibition will appeal to audiences interested not just in architecture, but also those engaged in theatre, costume design, visual art and history. Ms Gerrans said.

A graduate of Yale University in the USA, where he completed a Master Degree in Environmental Design, Corrigan was a champion of the Melbourne suburbs, finding “fabulous energy” in the often derided vernacular.

The phrase “cities of hope” was coined by Corrigan to express his feeling that “architecture should enhance that sense of a defining difference which is central to what makes a culture rich and its citizens proud.”

“Peter has a reputation for being a maverick designer who takes risks, yet he is also a culture hero whose colourful, contrary nature reminds us that nothing should remain static,” Ms Gerrans said.

“Combined with his rich imagination and critical engagement in architecture, ideas and education, Peter’s work offers an expression of renewal and hope for the future.”

As part of the exhibition, a revival season of a play based on Marguerite Duras’ bestselling novel The Lover, starring Stingers and Neighbours star Kate Kendall, directed by Greg Carroll with set design by Peter Corrigan, will be held at RMIT Gallery from 14 May – 25 May 2013.

The Lover performed to a sell-out Melbourne season in 2007. Kate Kendall received rave reviews in this gripping one-woman rendition of the screenplay adapted by Colin Duckworth. Set in prewar Indochina, the play explores a woman’s memory of her tumultuous adolescent affair with an older Chinese man amidst her search for the origins of her passion to write.

“This is a rare opportunity to experience first hand the relationship between Corrigan’s engagement with theatre and design,” Ms Gerrans said. “Corrigan’s stark white set evokes the intense heat of Saigon and the sparse luminosity of Duras’ prose.” 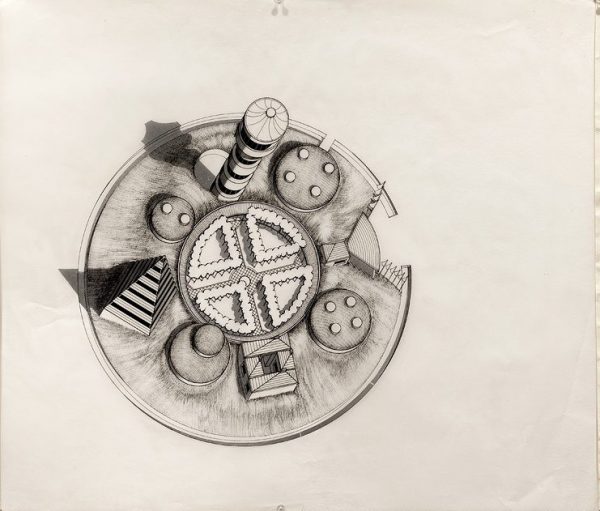