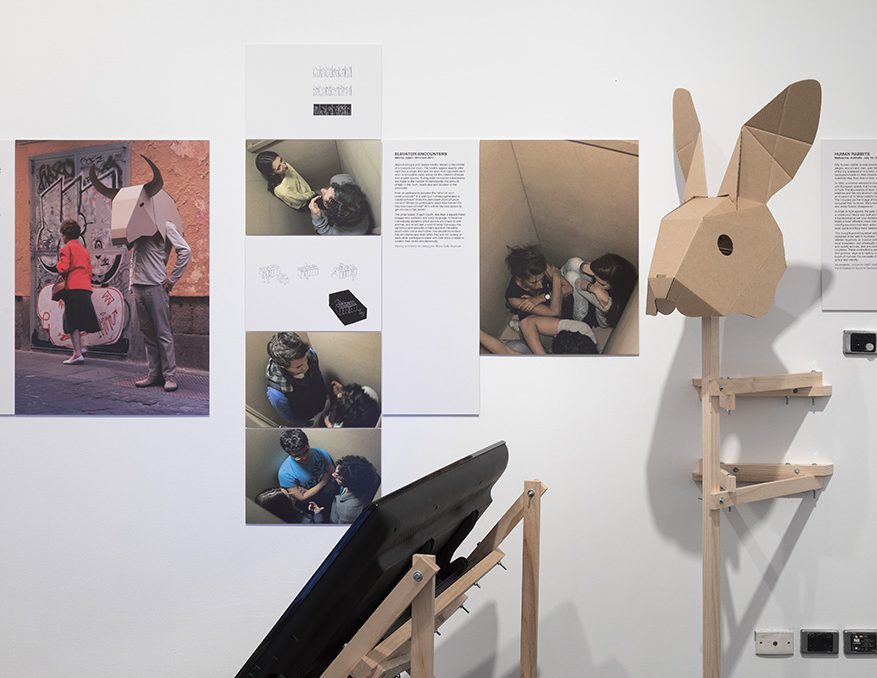 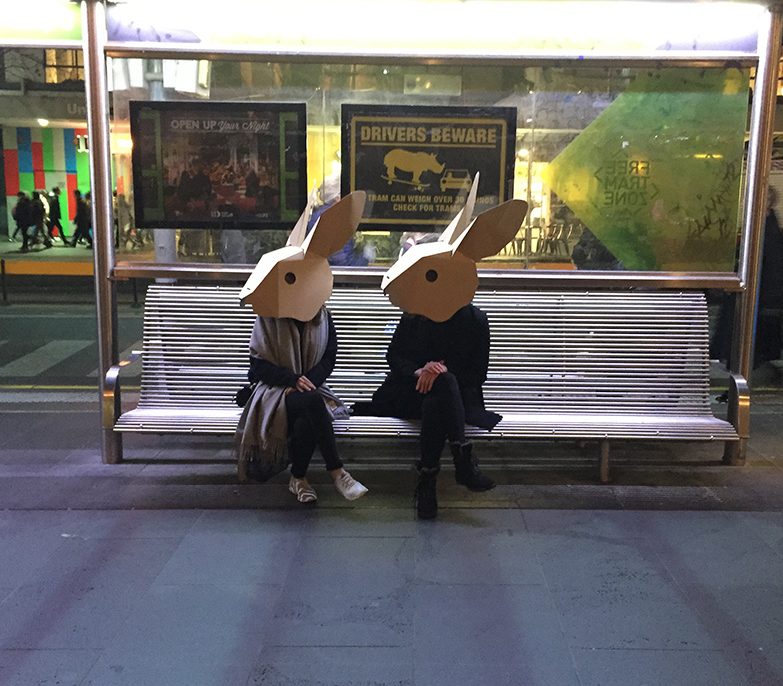 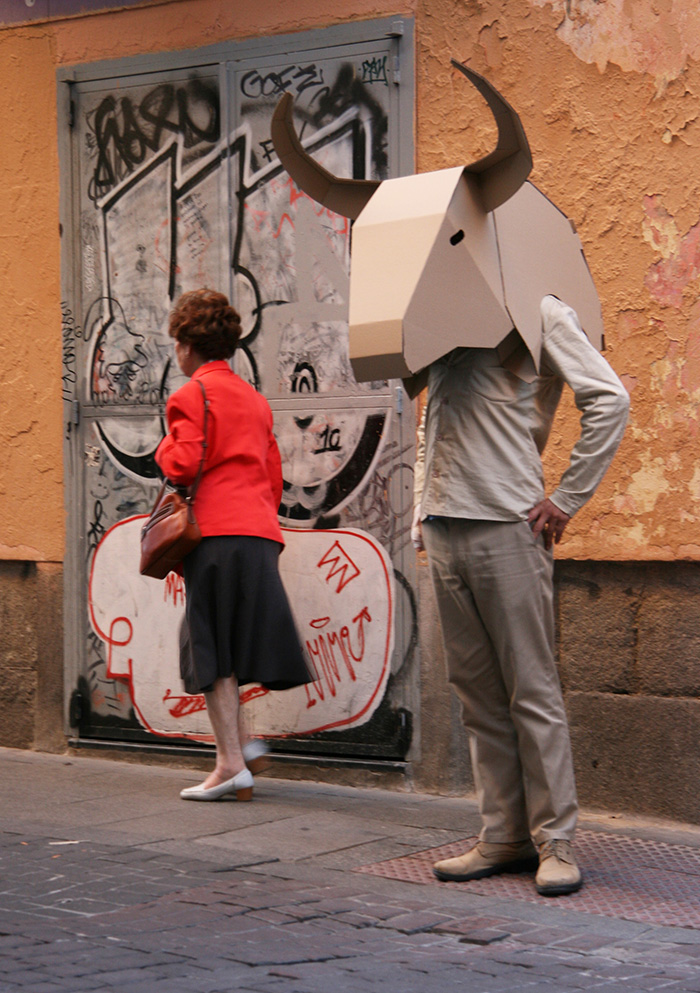 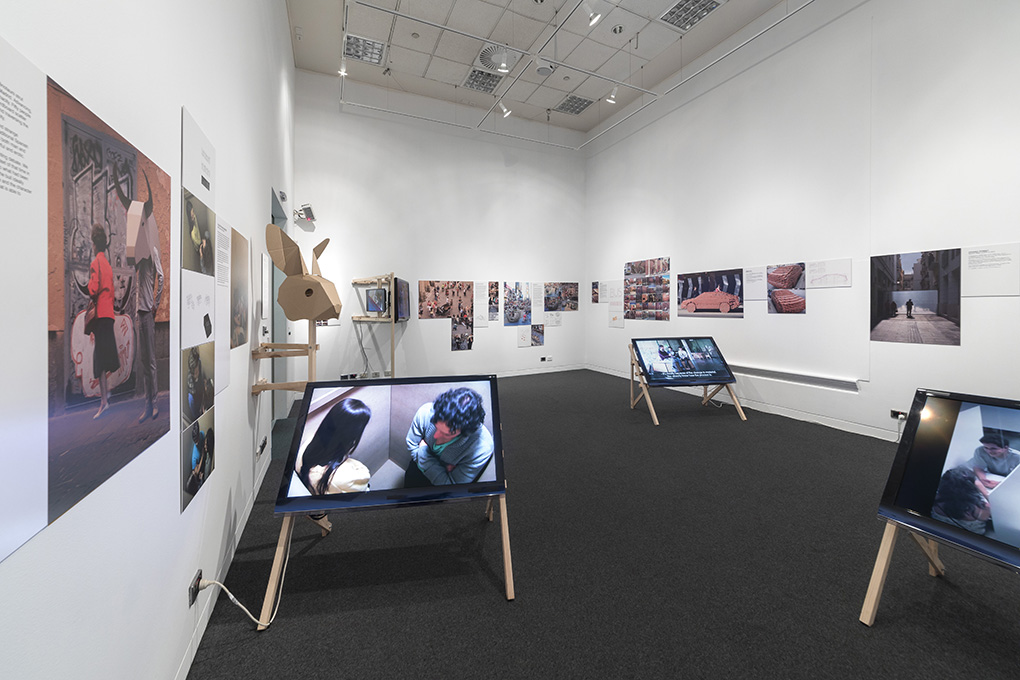 Madrid-based mmmm…, a collective of four Spanish artists, has been producing art in the public space across the globe since 1998.

Interact, communicate and interfere – these intentions have been at the forefront of Spanish collaborative mmmm…’s performative projects since they burst onto the European public art scene 18 years ago.

Projects included an intriguing public art ‘action’ in 2013, in which 50 people wearing large cardboard bull’s heads walked upright and proudly through the streets of central Madrid, then scattered and dispersed into the corners of the city. With the figure of the bull representing the resistance, courage and character of the Spanish people, the event was aimed at bringing optimism into a city heavily affected by the global financial crisis.

A public art installation of urban furnishing called the Meeting Bowls in Times Square, New York City, gave the public another vision of what the most crowded street in New York City could look like with just a simple design.

The public art sculpture BUS in 2014 presented the Highlandtown neighborhood of Baltimore with a 14-foot-tall, 7-foot-wide three-letter bus stop that typography spelt out the word BUS.

In 2002, the Spanish artist collective manufactured a moment of mass with Kiss Invasion, where 100 couples placed in crowds around the city centre kissed simultaneously.

These are just some examples of more than 50 creative projects in public spaces that artists Alberto Alarcón, Emilio Alarcón, Ciro Márquez and Eva Salmerón have produced since mmmm… was founded.

This retrospective exhibition presents a survey of the Madrid-based collective’s playful and thought-provoking projects from 2000-2016, exploring the common ground among their seemingly disparate ventures. 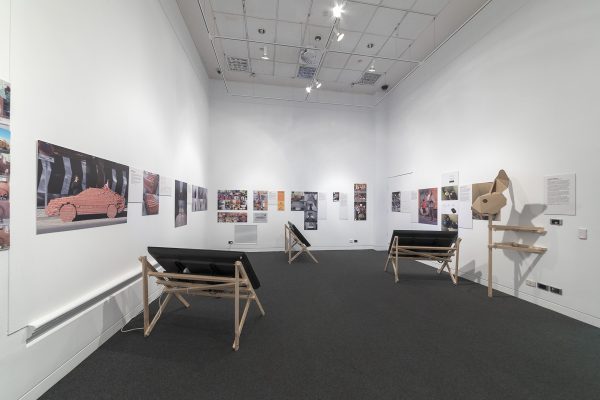 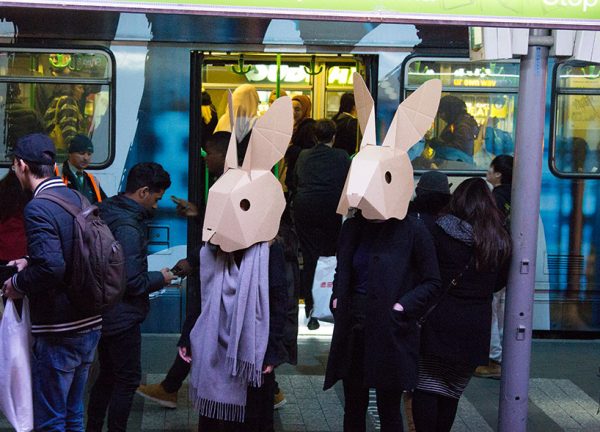 Human Rabbits by Spanish collective mmmm…took place in Melbourne CBD on Friday 28 July 2017. The 50 volunteers included many from RMIT’s…