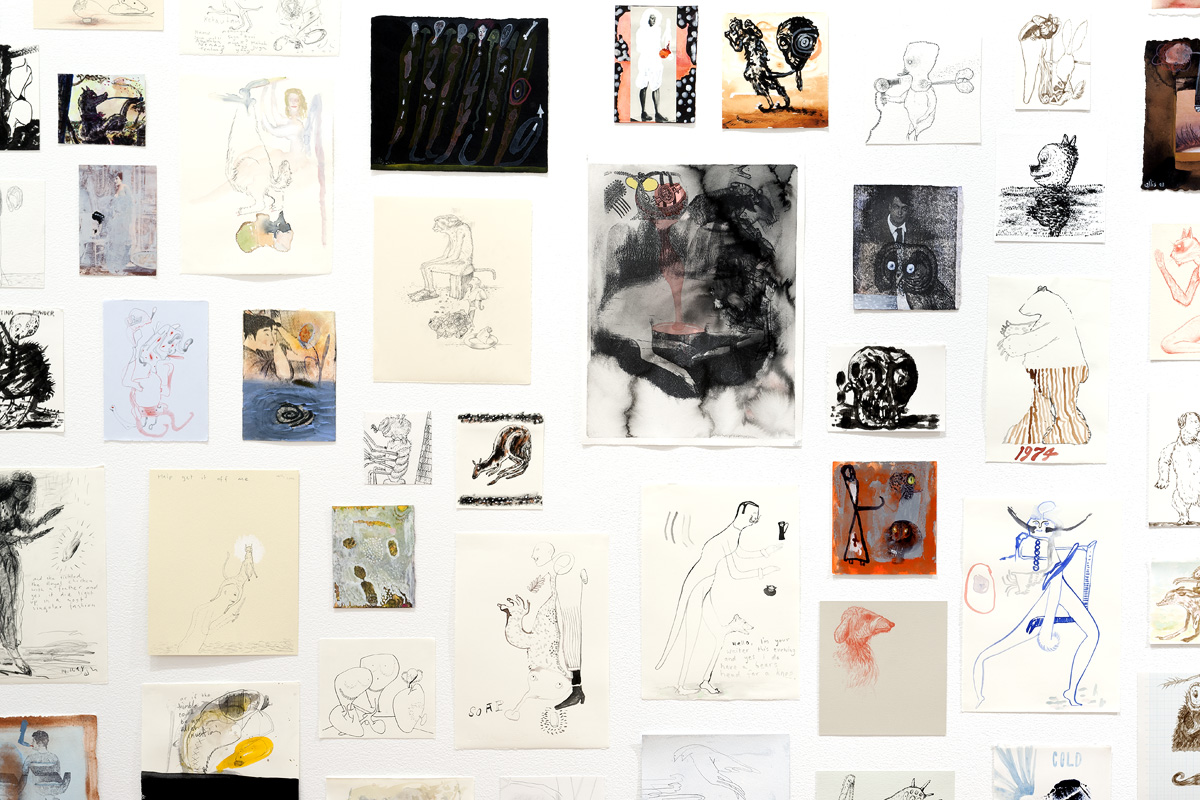 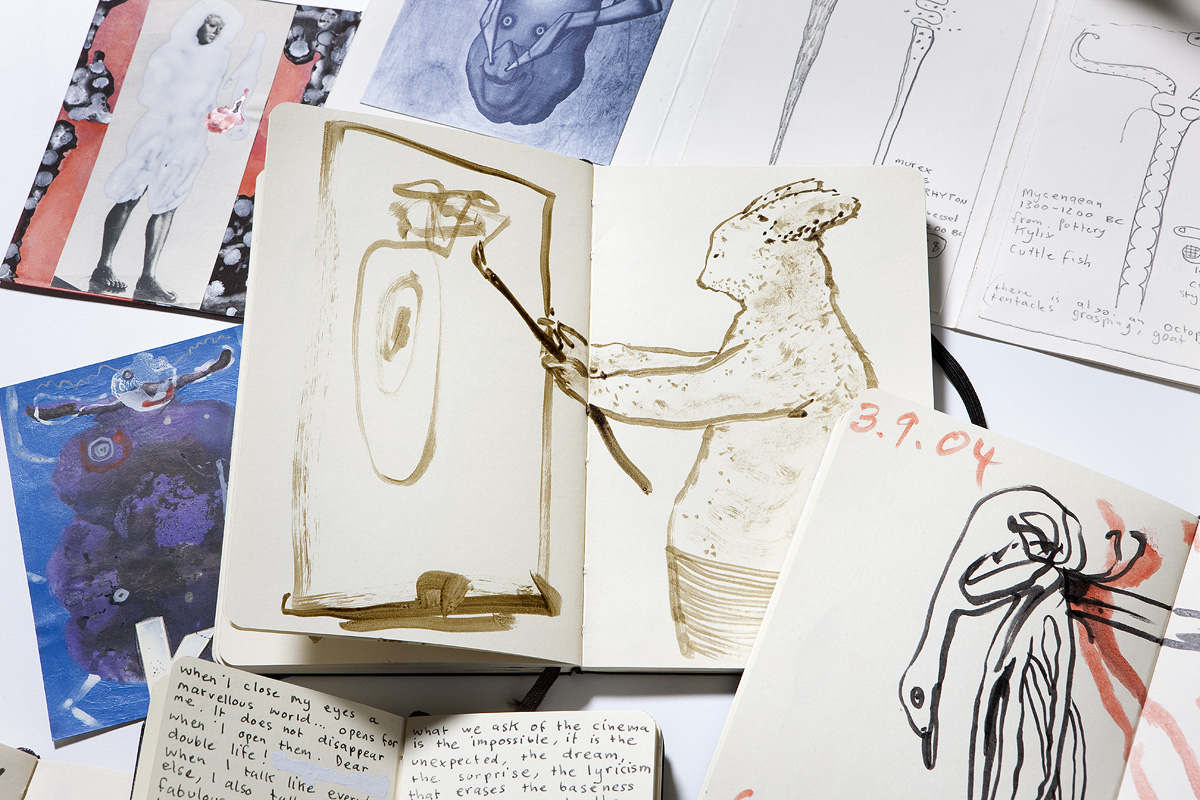 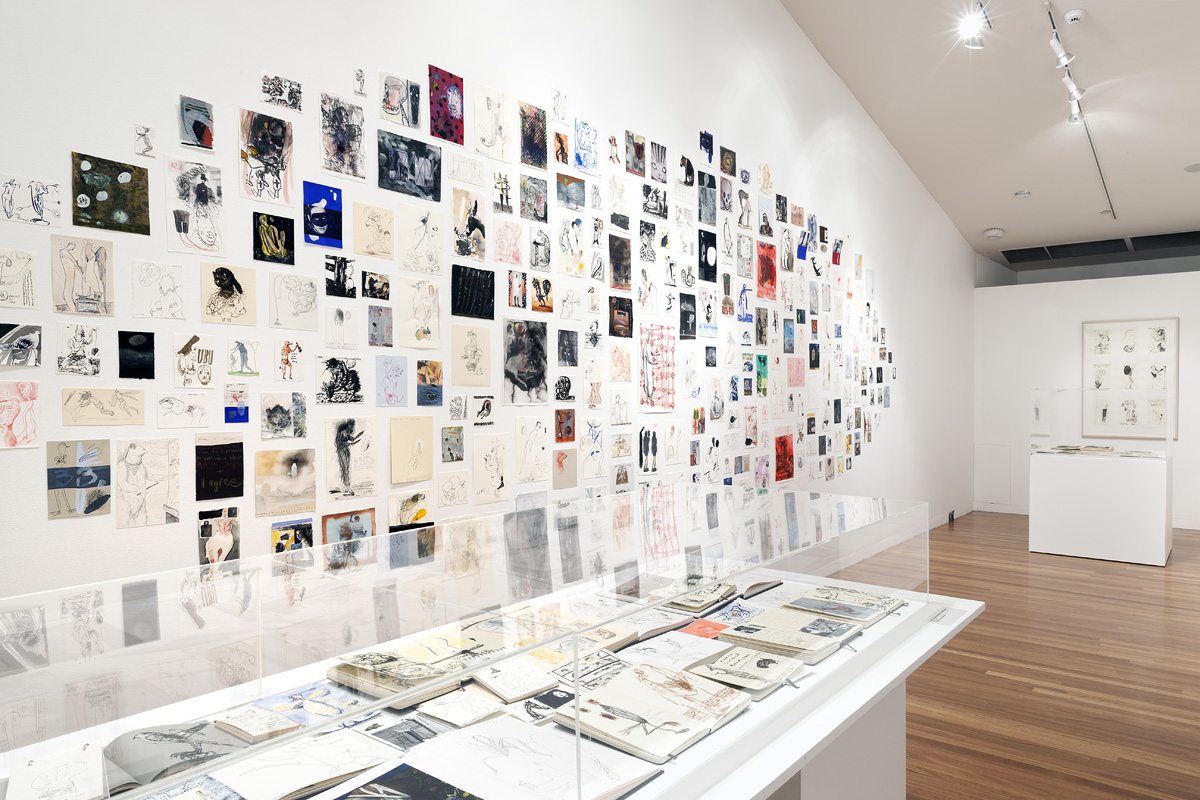 Peter Ellis 'A head in a hive of bee' (2013). Photo by Mark Ashkanasy
exhibition

A Head In A Hive of Bees

A Head in A Hive of Bees showcases the artist’s idiosyncratic, surreal imagery and focuses on drawing as the core activity in his work.

Ellis’s imagery has its origins in automatic drawing that is spontaneous and a reflection of the spirit. He conjures strange animals and insects, alien characters and abstracted forms divined from subconscious thoughts often without pre-conceived idea.

Drawn directly from the imagination, these works are often intimate in scale, calligraphic and articulate simultaneously. They indicate Ellis’s long-standing involvement with a Dada and Surrealist philosophy.

Conscious analysis and research inspired by these drawings create another layer of associated imagery from a wide variety of sources.

The works in the exhibition bristle with Chinese and Japanese landscape references and scientific apparatus perhaps evidence of an experiment where science goes wrong.

A sense of mystery and metamorphosis pervades a scene waiting to be revealed. A cause and affect principal is in place. Things are changing.

Everywhere there are fractures of imagery in scale, time and form, voids, dis- junctions and connections. Some images disappear only to emerge unexpectedly elsewhere. Ellis’s drawings buzz with activity, emotion and the transformative power of an inventive imagination.

Peter Ellis will introduce the influential Surrealist film, L’Âge d’Or directed by Luis Buñuel. The second film collaboration between Buñuel and Salvador Dali, this revolutionary masterpiece of Surrealist cinema was banned for 50 years. 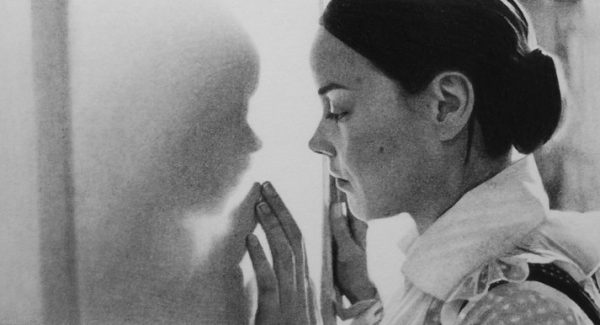 Artists discuss the importance of drawing in the three drawing exhibitions at RMIT Gallery: 28 June – 17 August 2013 A Head… 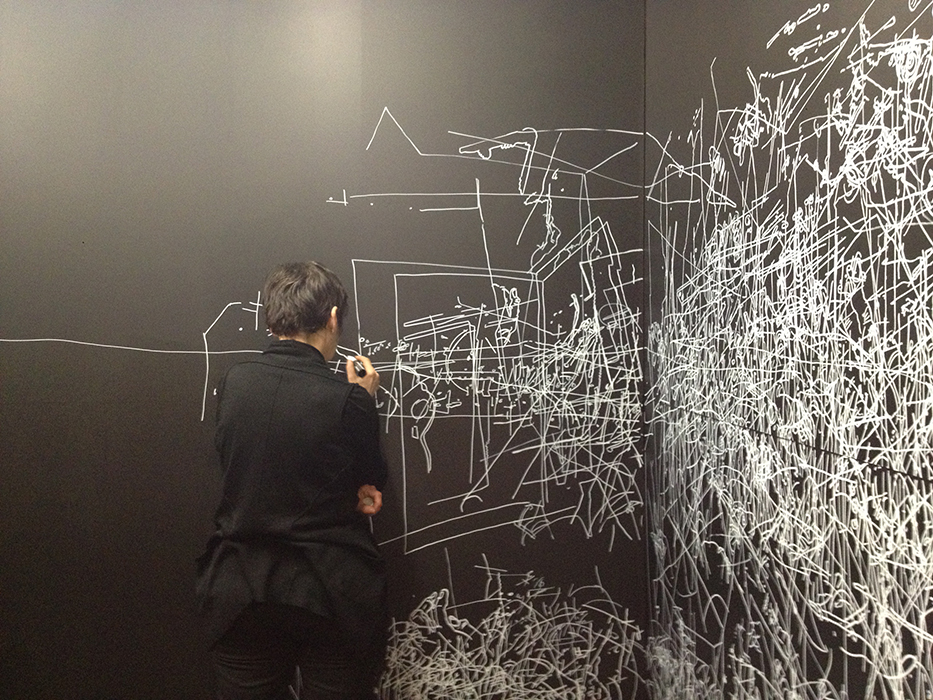 A Room Without A View: Gosia Wlodarczak

Artist Gosia Wlodarczak will be enclosed in a specially designed sensory limitation cube in RMIT Gallery, drawing without any exposure to the… 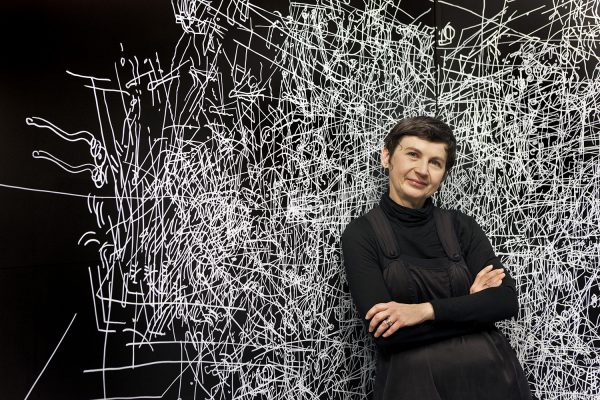 Gosia Wlodarczak – Room Without A View 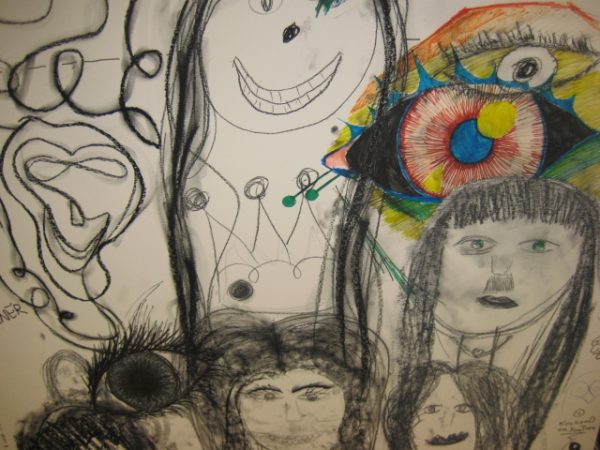 Drawing Out Day at RMIT Gallery

RMIT Gallery hosted a day of drawing, in conjunction with their Drawing Out 2010 Conference. 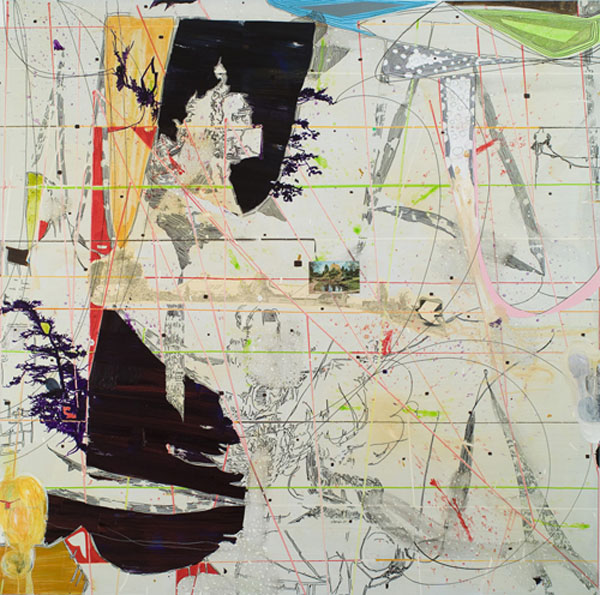 A Parliament Of Lines

In the 21st century, drawing has a renewed importance in the art world and A Parliament Of Lines: Contemporary Scottish Drawing aims… 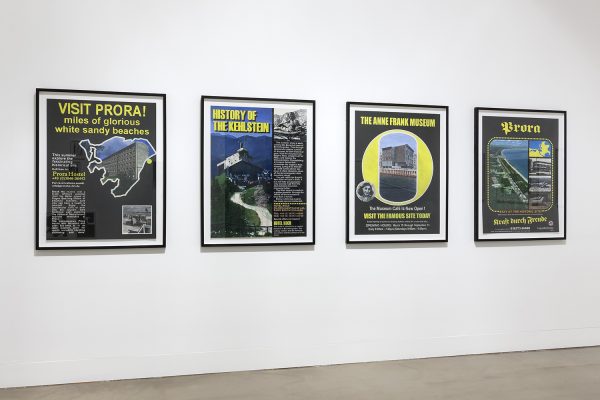 A Parliament of Lines – Aspects of Scottish Contemporary Drawing

Vincent O’Donnell interviews Euan Grey, curator of “A Parliament of Lines: Aspects of Scottish Contemporary Drawing”. In continuing the dialogue that RMIT… 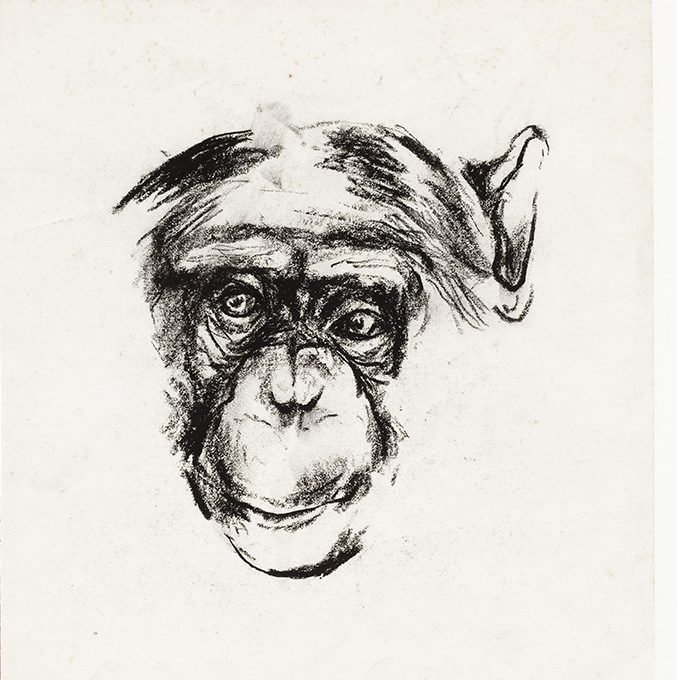 Constellations: a large number of small drawings is a major component of the RMIT University and University of Arts London Drawing Out… 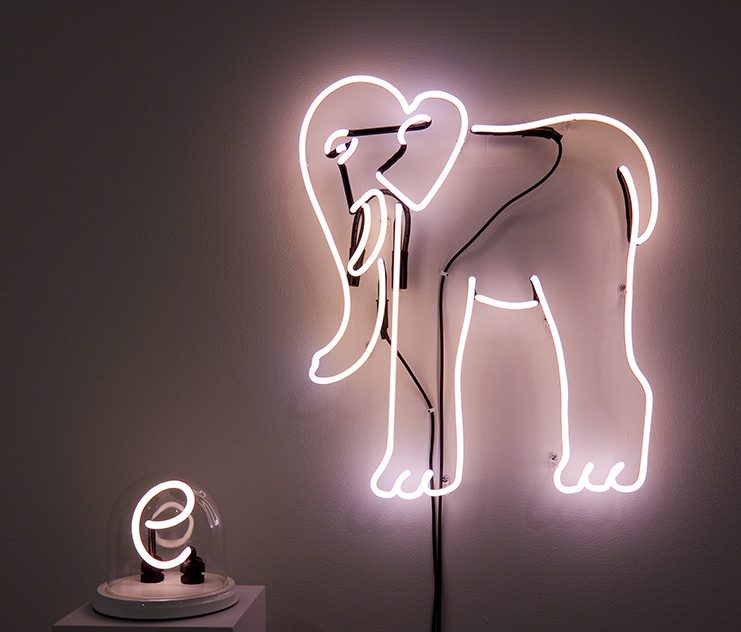 Contemporary Australian Drawings 1 is a major component of the RMIT University and University of Arts London Drawing Out conference, held at…