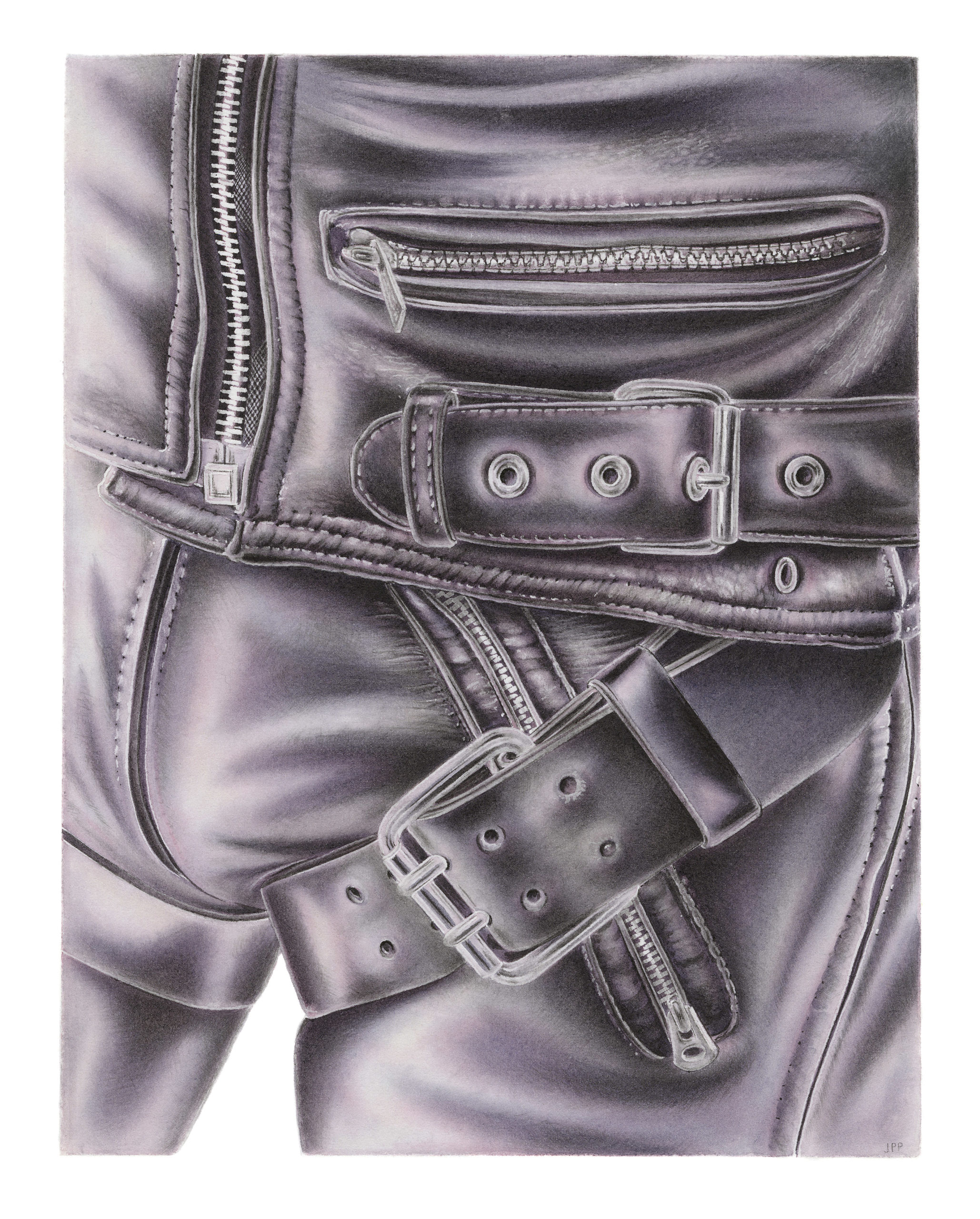 Artist John Pastoriza-Piñol joins us to talk about documenting a particular sub culture of pleasure – Melbourne’s leather scene. In a homoerotic male context, wearing black leather clothing is a sexual self-expression of heightened masculinity, sexual power and an engagement in fetishism.

Presented as part of Midsumma Festival

John Pastoriza-Piñol is a contemporary artist based in Melbourne Australia and very much a neo-conservative a rebel as he works in the mode of botanical painting, long considered pure documentation and unconcerned with any social context. His practice departs from the precise discipline of Naturalism and continues to investigate not just pure dichotomies such as man and nature, science and art but their complex and dynamic interrelationships.

A visual and emotional duality is an overarching theme as his paintings inhabit a territory somewhere between scientific analysis and symbolic realism. The hyper-representation of the natural world is documented in such a way it creates a new contemporary reality.  It is a commitment to painting as both a method and as a form of deeper inspection. Each work is created masterfully as great attention is given to detail through exquisite painterly skills and ultimately reaches a greater audience.

Being a recipient of many awards and accolades has afforded him international recognition as one of Australia’s foremost contemporary botanical artists. His work is now held in numerous public and private collections around the world including: Art Gallery of Ballarat, Hunt Institute, USA; Royal Botanic Gardens, Kew, UK; Royal Botanic Gardens, Melbourne; RMIT University and the Collection of Alisa and Isaac M. Sutton, to name a few.

His work is included in both the ‘Highgrove Florilegium’ and ‘Transylvania Florilegium’, projects created under the aegis of the H.R.H Prince of Wales’ Charitable Foundation. In 2016 John was awarded a grant from The Australia Council for the Arts and he is currently represented by Scott Livesey Galleries, Australia.

Pleasure celebrates artists who use the body to not only embellish...

The works of art in Pleasure force us to examine the...

Love is in the air! In this Valentine’s Day talk, Pleasure co-curator...

Being in my body and other peoples In this Writing...

Pleasure presents the work of a diverse group of artists who use the body to celebrate joy, humour, flamboyance and the outrageous....